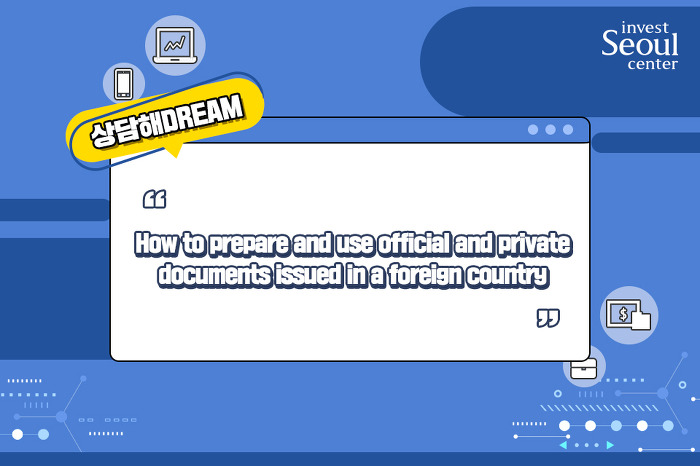 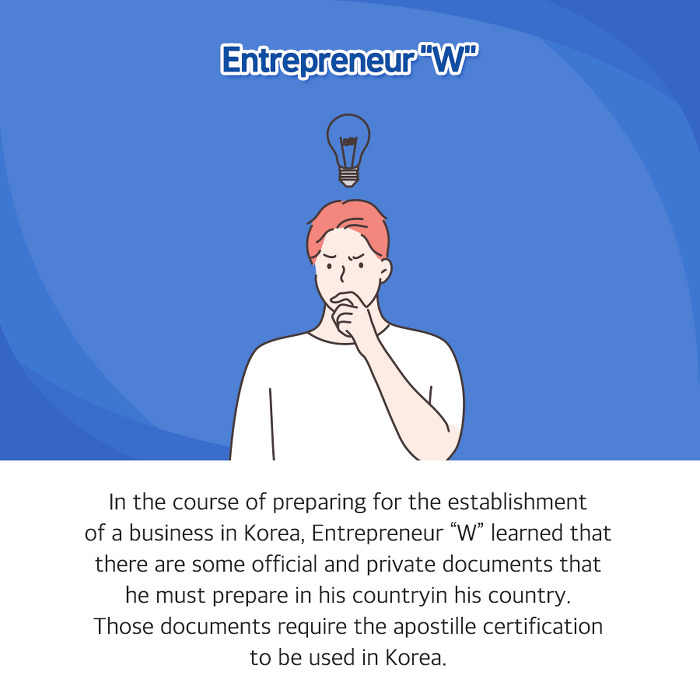 In the course of preparing for the establishment of a business in Korea,

Entrepreneur “W” learned that there are some official and

private documents that he must prepare in his country.

the apostille certification to be used in Korea.

On the other hand, private documents are prepared by individuals,

as opposed to central or local governments. They do not necessarily carry legal effect,

but are notarized in some cases to ensure the reliability of their content. 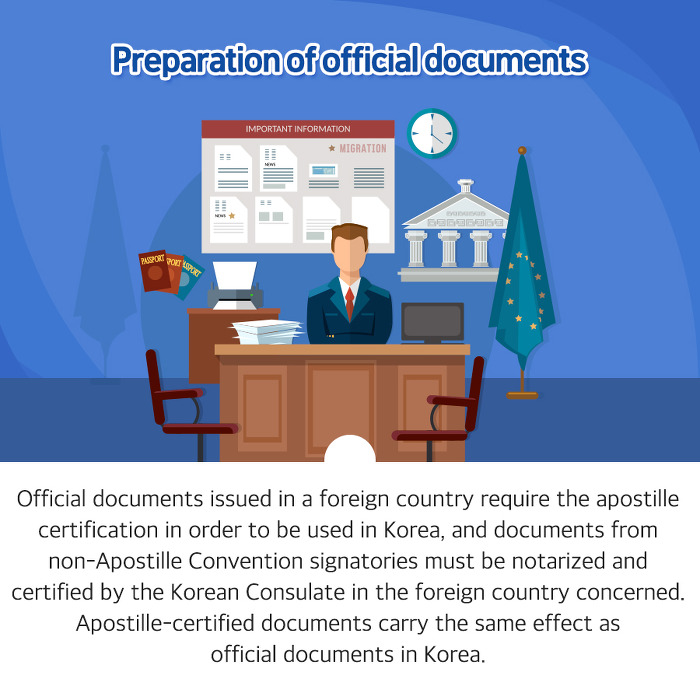 Official documents issued in a foreign country require the apostille

certification in order to be used in Korea, and documents from

non-Apostille Convention signatories must be notarized and

certified by the Korean Consulate in the foreign country concerned. Private documents issued in other countries for official use to

establish a business in Korea also require the apostille certification.

and attested with the Apostille.

If the country is a non-Apostille Convention signatory,

the documents must be certified by the Korean Consulate

in the foreign country concerned.