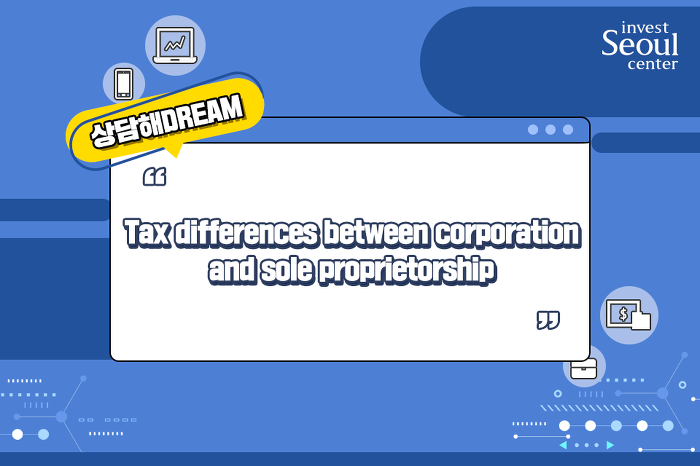 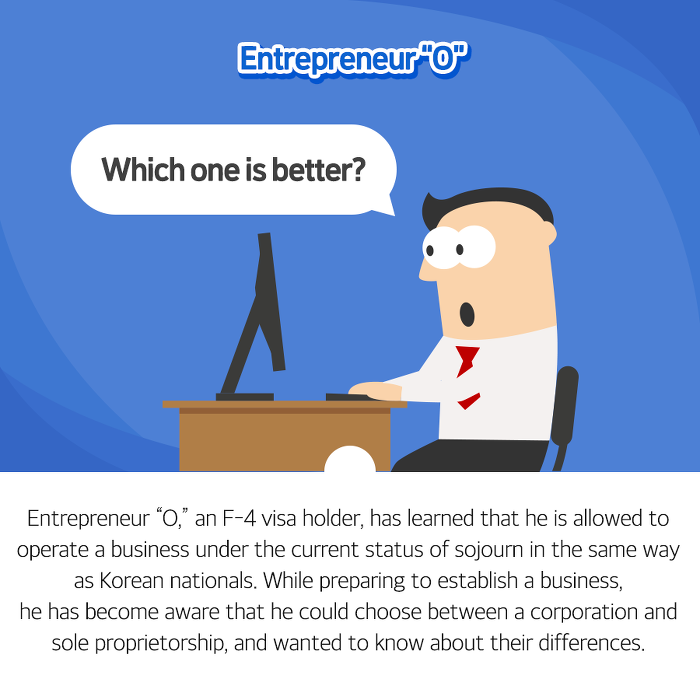 Entrepreneur “O,” an F-4 visa holder, has learned that he is allowed to

as Korean nationals. While preparing to establish a business,

sole proprietorship, and wanted to know about their differences. 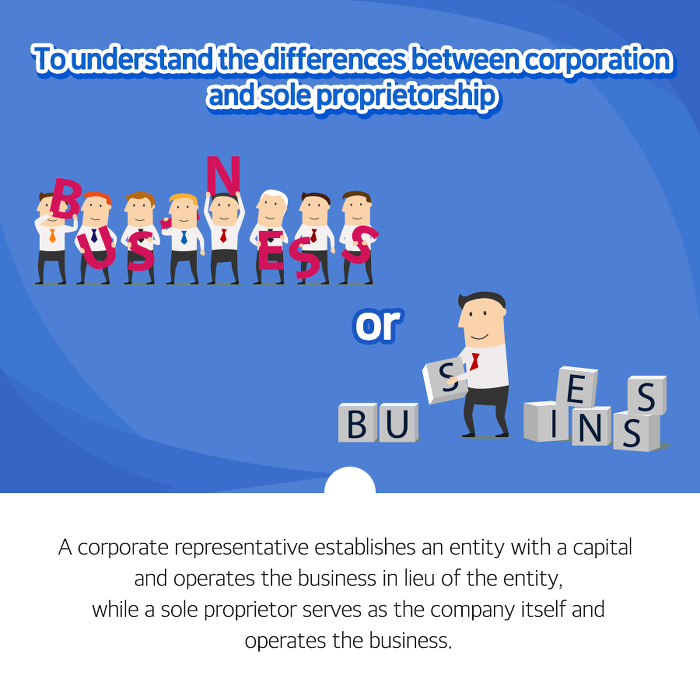 To understand the differences between corporation

A corporate representative establishes an entity with a capital

and operates the business in lieu of the entity,

while a sole proprietor serves as the company itself and 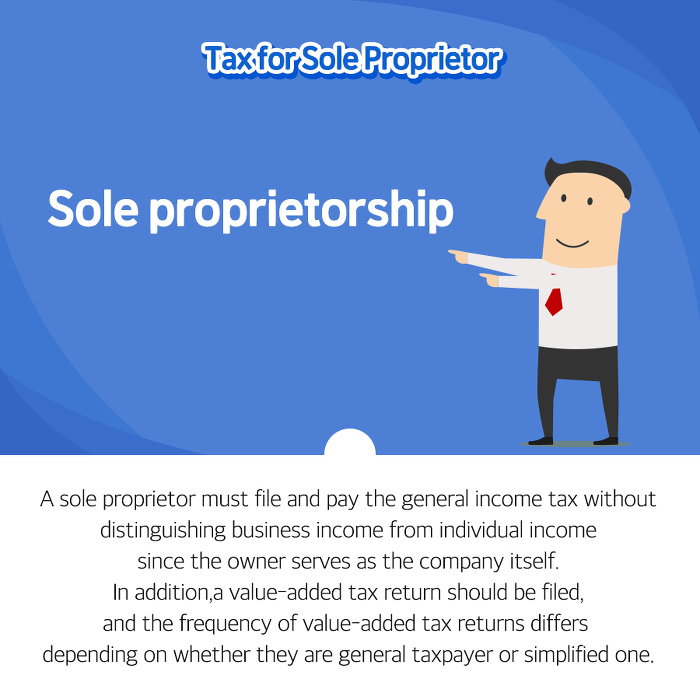 distinguishing business income from individual income since the owner serves

as the company itself. In addition, a value-added tax return should be filed,

and the frequency of value-added tax returns differs

depending on whether they are general taxpayer or simplified one. A corporate representative must file a corporate tax return within

three months after the fiscal year and pay the corporate tax.

A value-added tax return should be filed four times.

A corporate representative operates the corporation and

receives a monthly wage as an employee.

The corporation should deduct the relevant tax from the wage paid,

and file and complete the tax payment within 10 days of

the following month of the month when the monthly wage is paid.

In addition, the year-end tax settlement must be filed by