[Why Seoul] Business Districts in Seoul 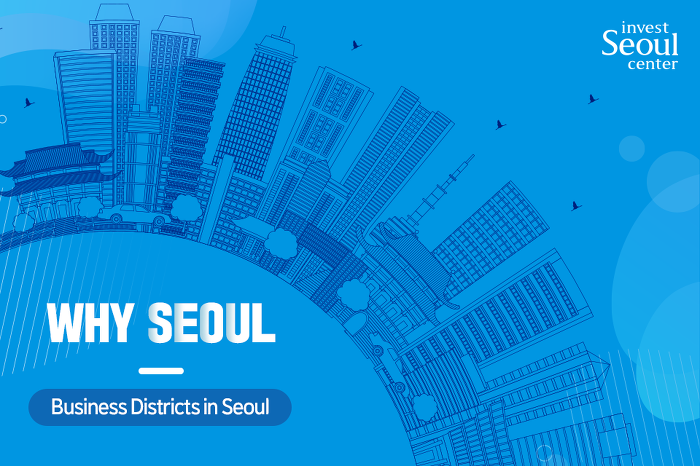 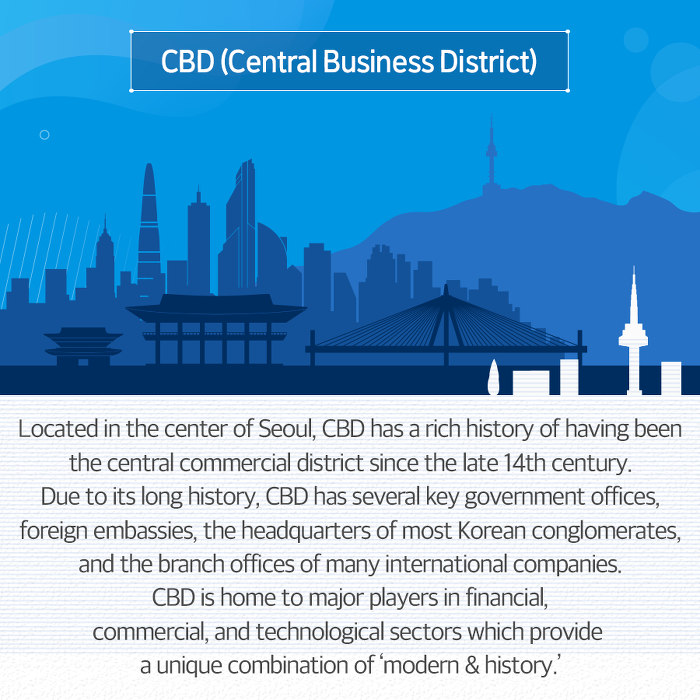 Located in the center of Seoul, CBD has a rich history of having been

the central commercial district since the late 14th century.

Due to its long history, CBD has several key government offices,

foreign embassies, the headquarters of most Korean conglomerates,

and the branch offices of many international companies.

CBD is home to major players in financial,

commercial, and technological sectors which provide

a unique combination of ‘modern & history.’ 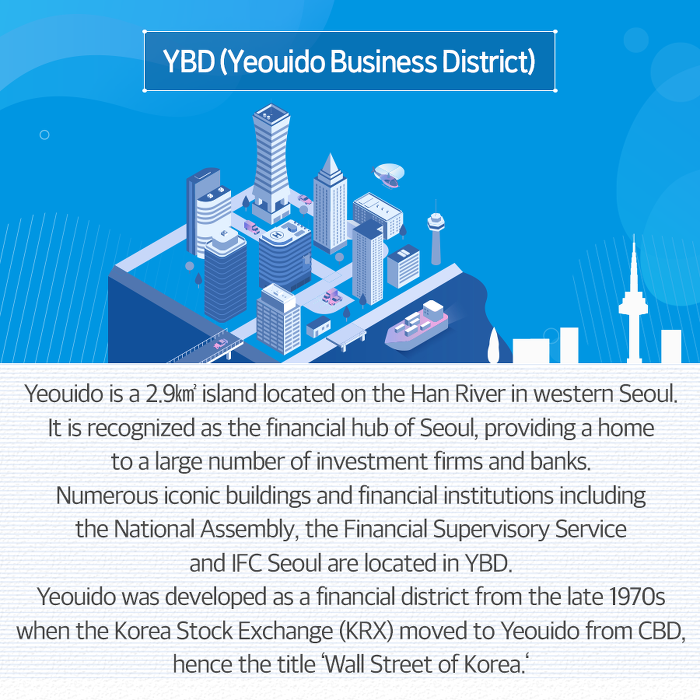 Yeouido is a 2.9㎢ island located on the Han River in western Seoul.

It is recognized as the financial hub of Seoul, providing a home

to a large number of investment firms and banks.

and IFC Seoul are located in YBD.

Yeouido was developed as a financial district from the late 1970s

when the Korea Stock Exchange (KRX) moved to Yeouido from CBD, 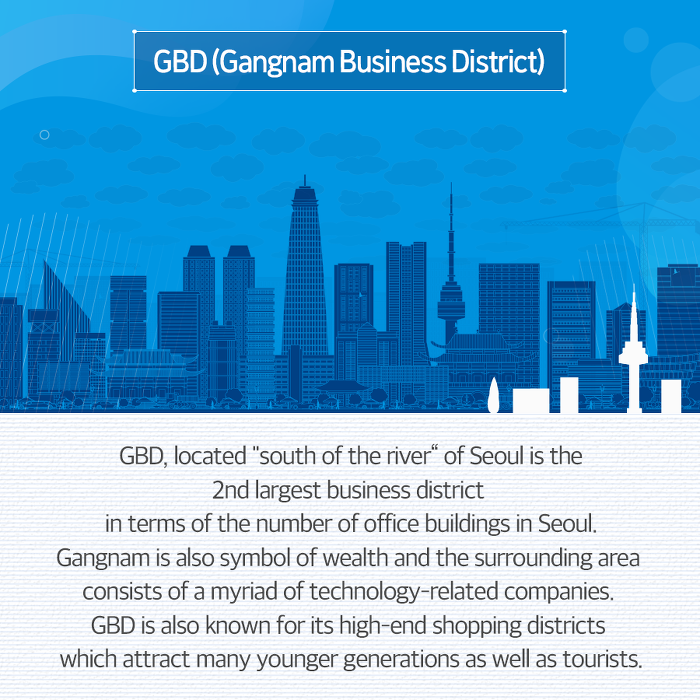 GBD, located "south of the river“ of Seoul is the 2nd largest business district

in terms of the number of office buildings in Seoul.

Gangnam is also symbol of wealth and the surrounding area

consists of a myriad of technology-related companies.

GBD is also known for its high-end shopping districts

which attract many younger generations as well as tourists. 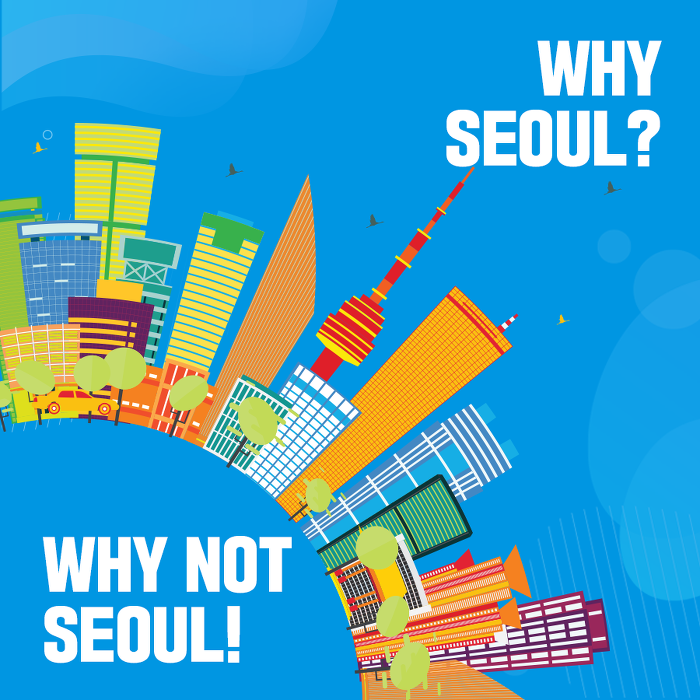